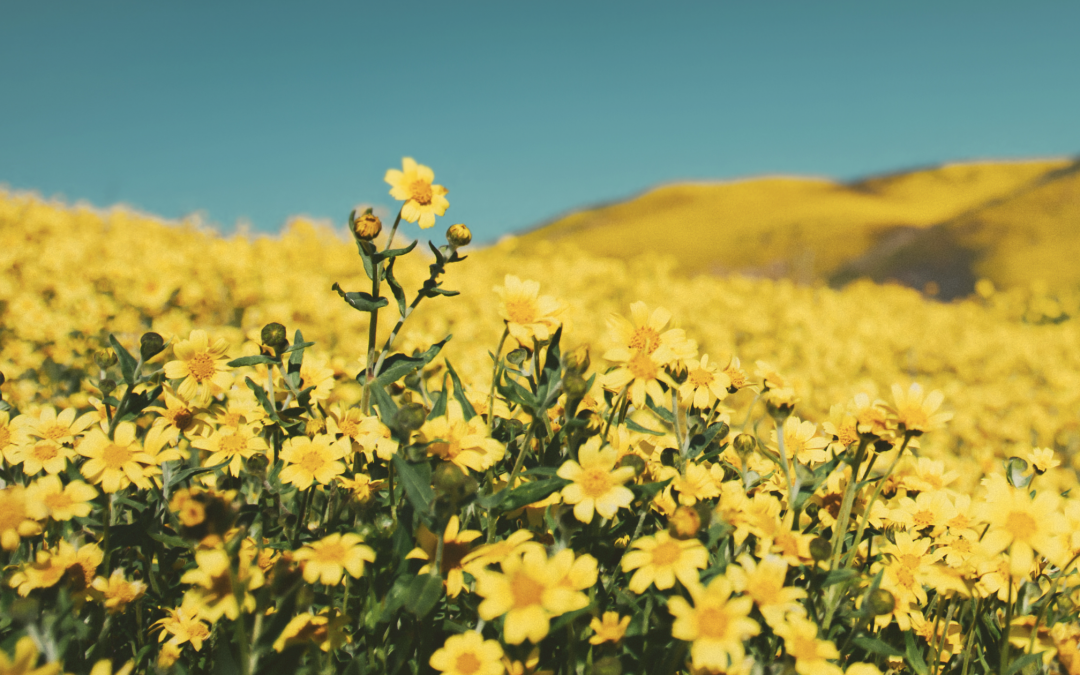 My sexuality was something I never really unpacked until recently. I had always found myself in heteronormative relationships because that’s just where my heart ended up.  For 3 decades, I’ve identified as a heterosexual female. A few years ago, I started to see that it wasn’t so black or white for me, however, I’ve been in a monogamous, heteronormative relationship for the past 8 years with someone who previously identified as a cisgender male, so it didn’t feel like anything I wanted to explore.

However, when my partner came out as non-binary 10 months ago, my own sense of identity ruptured and I was sort of forced to reassess.

I’ve always considered myself an ally to the LGBTQ+ community and have advocated for and affirmed others with fierce compassion. With my partner’s transition, while I’ve been met with a lot of fear from uncertainty, I’ve been leaning into the love we share for one another and the foundation of our 20 year friendship to work through that uncertainty and fear. What’s been more surprising for me in this, however, has been the wave of emotions to unpack regarding my own identity shifting in the wake of my partner exploring theirs.

For much of my life, I’ve felt to be different and without a sense of belonging.

I felt rejected/abandoned by family and my mother profusely engrained in me that I was “dysfunctional” and “abnormal“ in her alcohol-induced rages. Only when I found the brain retraining community did I finally feel validation and acceptance.

The LGBTQ community can be of similar retreat from a world that may be less accepting. Systems in society have been constructed in such a way that certain groups are marginalized. Systems like to maintain neat boxes and categories, however, much in life belongs more to a spectrum than an absolute binary. Things like gender and sexuality may not fit so neatly in such boxes. As a result, there can be an accumulation of beliefs and feelings to unpack in order to reach a place of acceptance or pride, particularly in oneself.

When I felt myself no longer neatly contained within the familiarity (safety) of a heteronormative relationship, the beliefs of being seen as different or not belonging ignited a fire of emotions for me such as shame, denial, self-rejection, and fear. I largely retreated into a place of hiding and not wanting to be seen as a means of reestablishing some sense of control in a world that felt to be out of my control. I felt to be more of a passenger to my partner’s journey than seeing the opportunity to take ownership of my own. This was primarily a fear-driven response, tied to historical pathways that are mostly remnants that were projected unto me and dormant in my subconscious until this experience pressed the right buttons for their activation. 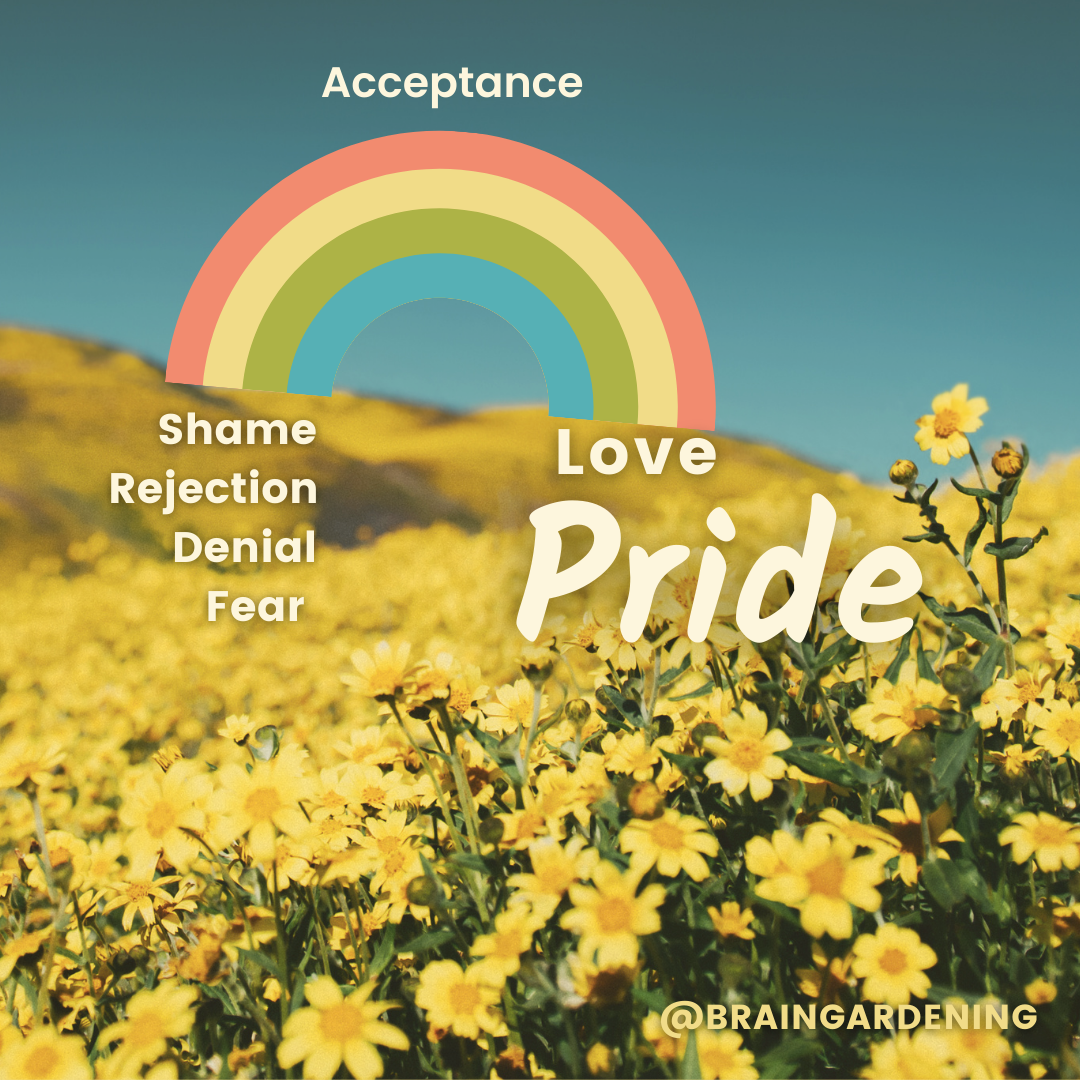 My journey has seen a lot of waves recently in this season of transformation, but I’ve been working actively to build the capacity to hold space for them. I’ve uncovered that I wasn’t showing up for myself as fiercely compassionate as I’ve shown up for others.
Part of this process involves:
1) validation and acceptance—no longer running from or rejecting parts of myself.
2) love. Love is the antidote to fear; it transmutes and dissolves it.

I didn’t have enough self-compassion in my well to extinguish the fires of shame, denial, self-rejection, and fear at first, but that’s the layer I am in at this point—actively building it and allowing a sense of pride to emerge. 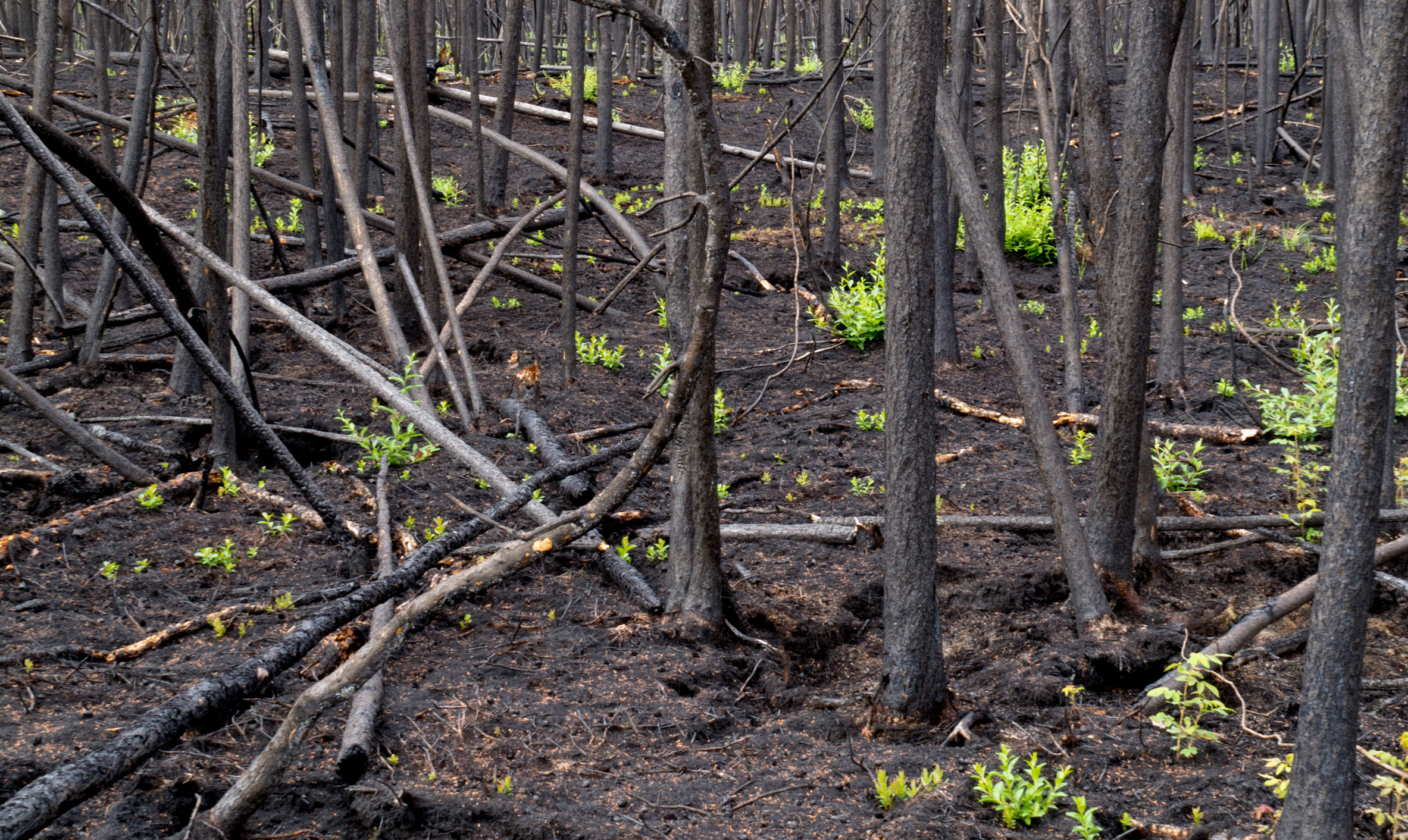 The challenges in life can be like nutrients or fertilizer to our own growth.

There is a biological mechanism to explain the safety perceived in familiarity. When things are different, or when we feel different from those around us, the amygdala can alarm. These differences can feel like a threat to our survival, because they might have been at one time. Humans are a herd species—community increases our chances of survival.  Familiarity and assimilating to those around us activates a primal sense of safety.

The opposite can ignite a sense of danger or “wrongness”. When we can carve out pathways to accepting and even embracing the differences, we re-establish a sense of empowerment. Rather than trying to out-run or hide from the feelings, the focus becomes to bring out the presence of love and step more fully into our sense of self. A key aspect to facilitating that shift can also be the kind of community we surround ourselves with. Pride month demonstrates how rallying messages of love and compassion can help to weaken the weight of fear.

While this hasn’t been an easy layer in my journey, I’m growing in ways I’ve never imagined. For pride month, I’ll be sharing learnings for building self-compassion as I continue to walk this path.