The Brain & Healing Benefits of Birding 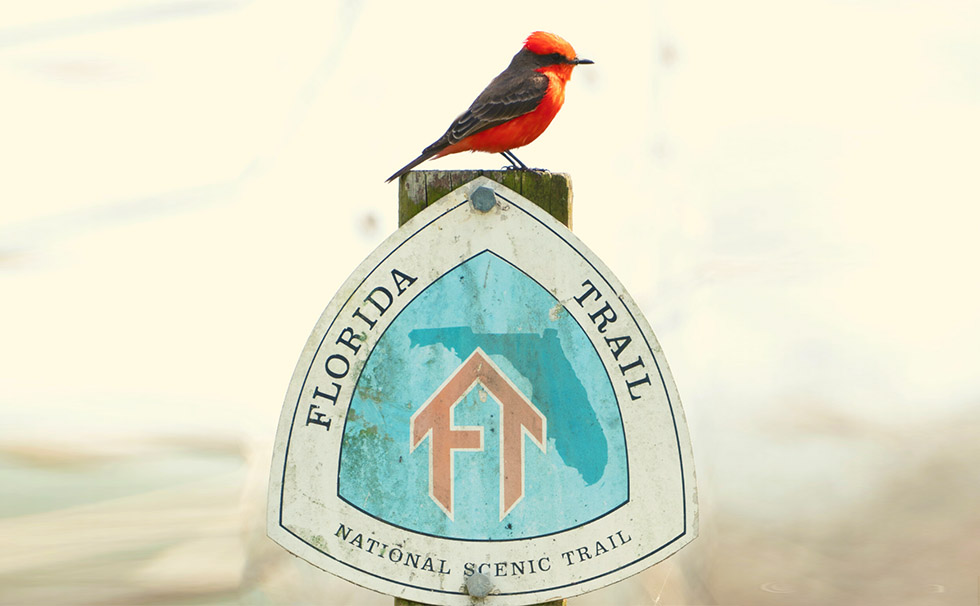 I have been wanting to write this blog entry for a while, and though not at all planned, I find it to be nearly perfectly timed in following my recent blog that gave a little insight into my history with storms. This story begins very close to my starting point with brain retraining. Hurricane Michael came through our area sometime in October 2018, and with it I experienced several challenges. However, this storm would also bring a gift of sorts to those in the area. A flamingo was separated from its flock during the storm and took refuge in a national park—St. Marks Wildlife Refuge—a name also very fitting. Now a flamingo in a state like Florida may not seem like any particular rarity, however, as a resident of Florida for about 11 years total (on and off), I personally had never seen a wild one. They were not typical for North Florida especially, so the fact that one was so near drew a lot of media attention. The pink bird was quite the spectacle, whether you had an existing interest in birding or not.

I was freshly acquainted with the DNRS DVDs and very much symptomatic, particularly with POTS and felt most comfortable while remaining reclined. A park outting seemed unlikely, but the thought of what seemed like a once in a lifetime opportunity motivated me to at least try. It was November and I felt better supported with the tools I was developing in myself through brain retraining. I decided to go with my partner to the refuge for the very first time.

I remember the experience well and the deep sense of motivation I had to see this bird—it’s what carried me. We parked the car near a levee of the park, which is predominantly a rugged wetland. I brought my camera with me and we walked out to where a group was gathered. They had binoculars and cameras as well. I remember being so focused on the bird that I was no longer fixated on symptoms or my body at all. It was the most significant walk or physical activity I had done in months, but my interest and excitement in the bird outweighed any sense of reservation. 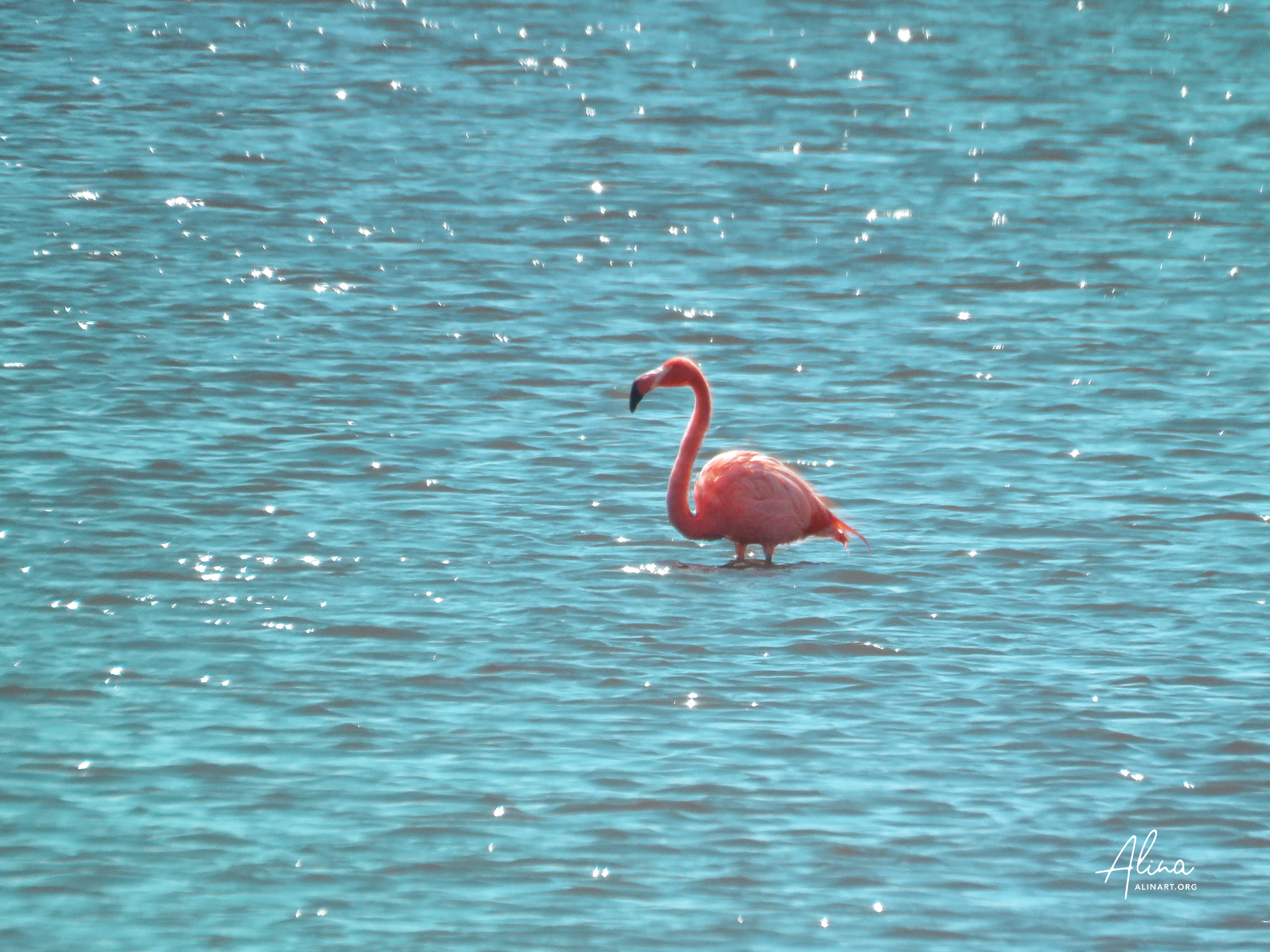 Above is one of many photos I took when I was in sight of this amazing creature. Even at such a distance (my camera was heavily zoomed in), it was incredible to see such a splash of pink among the water. I recall the flamingo (whose gender is unknown) mostly napping and very occasionally lifting its head. Understandably the bird had a journey of its own to get there and was recouperating. I felt a deep sense of connection, admiration, and compassion for the flamingo. We left to explore the rest of the park by vehicle and it immediately became one of my “happy places” to visit every time I wanted to reconnect with nature, experience a deep sense of grounding, explore new birds and new surroundings, and practice nature photography. A lot of my healing has taking place there. My partner and I ended up getting an annual pass for the park, and I certainly have the flamingo to thank for that. I had lived in North Florida for about 2 years up until that point and the first visit we made to the refuge was to see that flamingo.

Not only was this birding experience a great way to mindfully focus on my environment and away from my body for a mood elevating experience, but I also had a shift in perspective in storms as a result. I started to see a positive. (Spoiler Alert: “Pinkie” as the flamingo have been so affectionately nicknamed by locals is still happily living at the refuge.) Because it is a protected national park, the flamingo has had ample opportunity for food, shelter, and seems to permanently taken up residence there. I recently reunited with Pinkie a few months ago after 2 years. It was such a different experience where we were both much more vibrant and well. I look forward to writing about that experience in another blog entry. 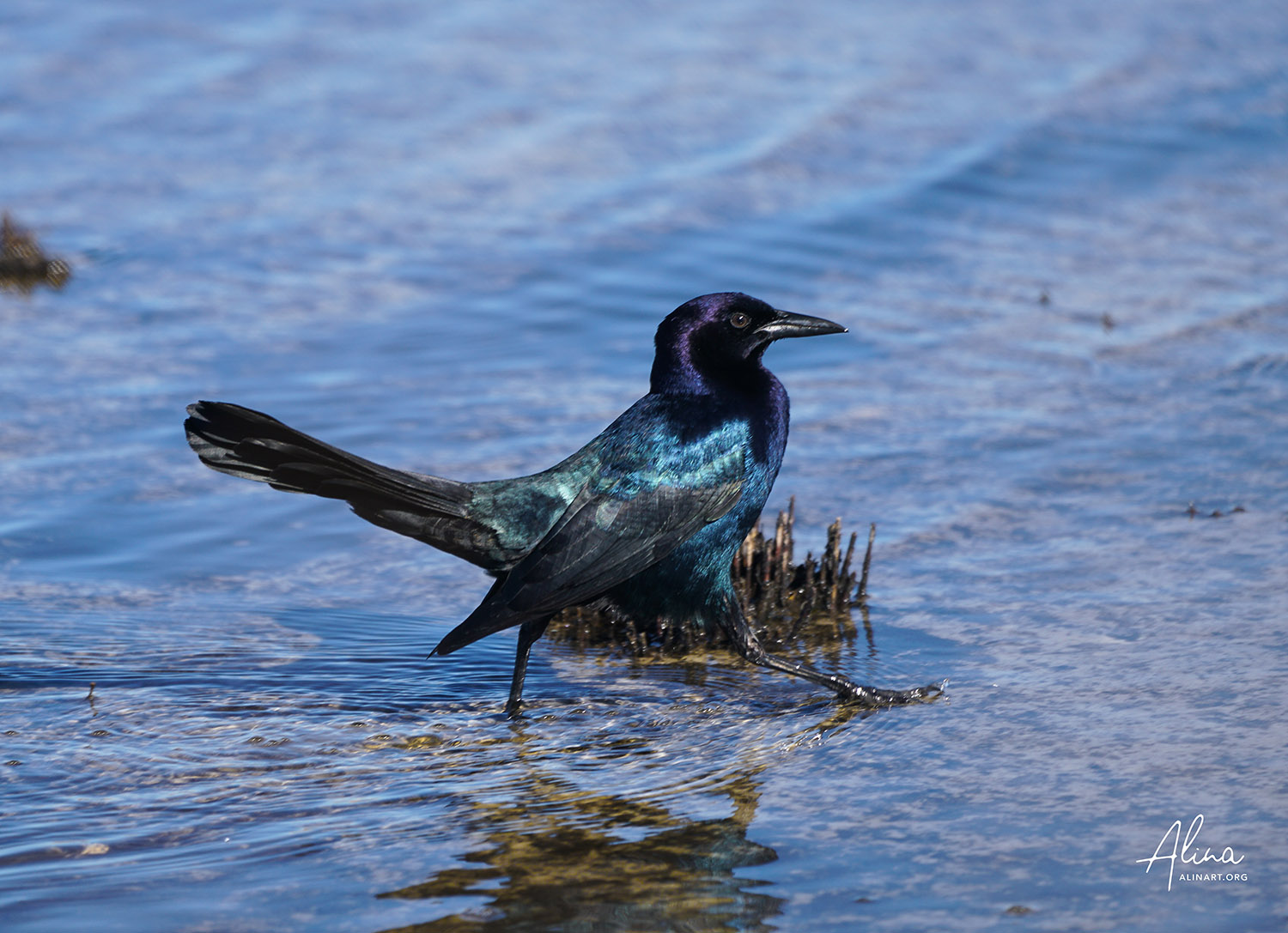 Birding has served as a favorite new hobby of mine. It encourages mindfulness and can be a mood regulating activity that promotes restorative neurochemistry in the body. Research has also confirmed the therapeutic benefits of birding as well as spending time in nature.

Through birding, I have encouraged myself to step outside my comfort zone and incrementally train in ways that still have stayed fun. I have always had a deep interest in nature and spending time with nature—whether I was outdoors or simply admiring from a window—has been very nourishing for my mind as well as for my body.

Focusing on birds in my environment during neuroplastic opportunities has been a technique to shift my thought patterns and ground in the present moment. It was a great way to take attention off the symptoms or pain, and focus on something more pleasant. 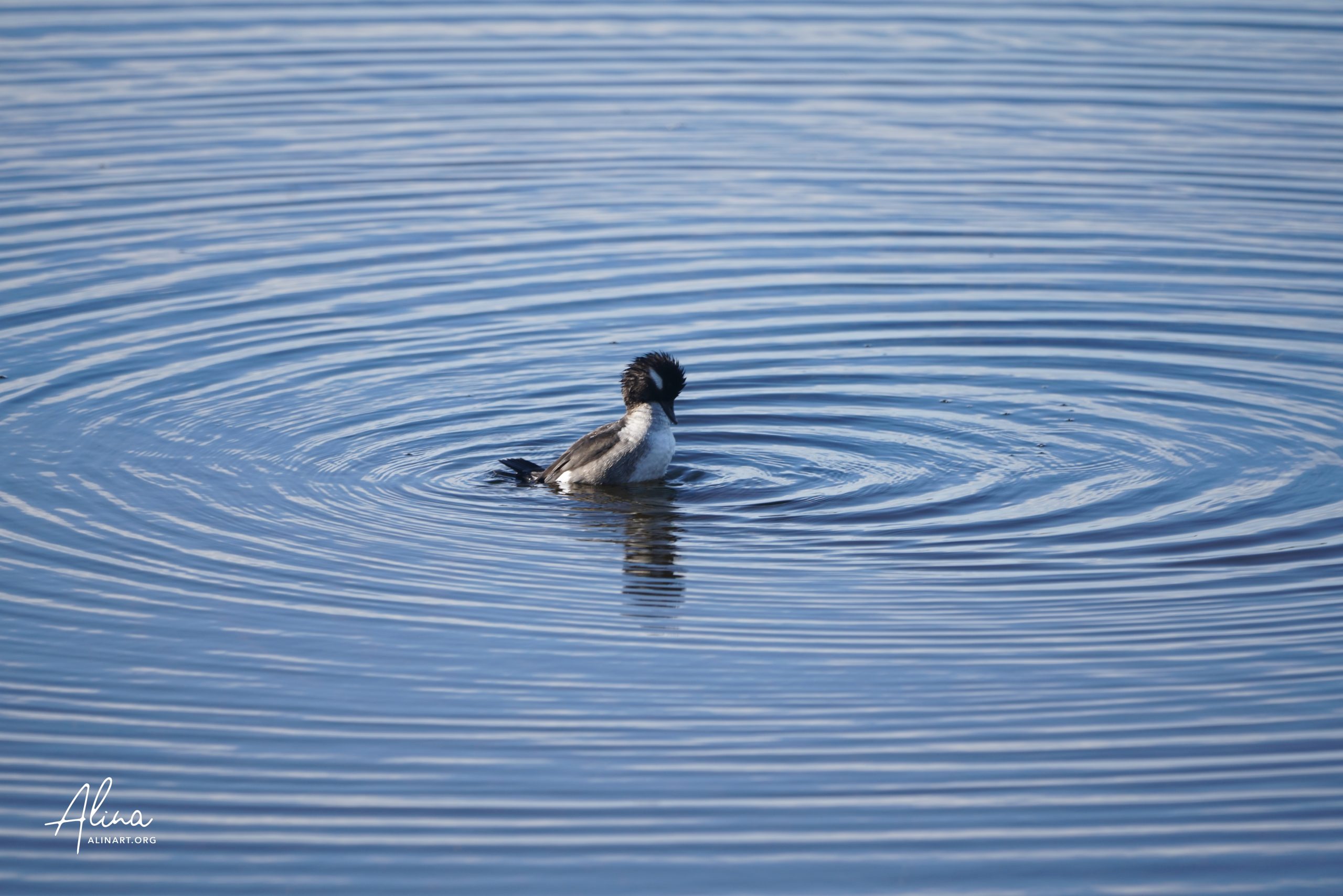 Birds can be really fun to observe. Each species has its own array of colors, patterns, sounds, and behaviors. There is an indescribable joy in finding a new bird or one that is rare to come across—almost like receiving a special gift.

February is one of the best months for birding, because spring hasn’t yet sprung and the trees are still relatively bare allowing for more visibility. Here in Florida, we have a lot of activity with migratory birds that have been visiting our area, but they’ll be moving back North soon and giving others the opportunity to spot birds that might not be typical residents of the area. 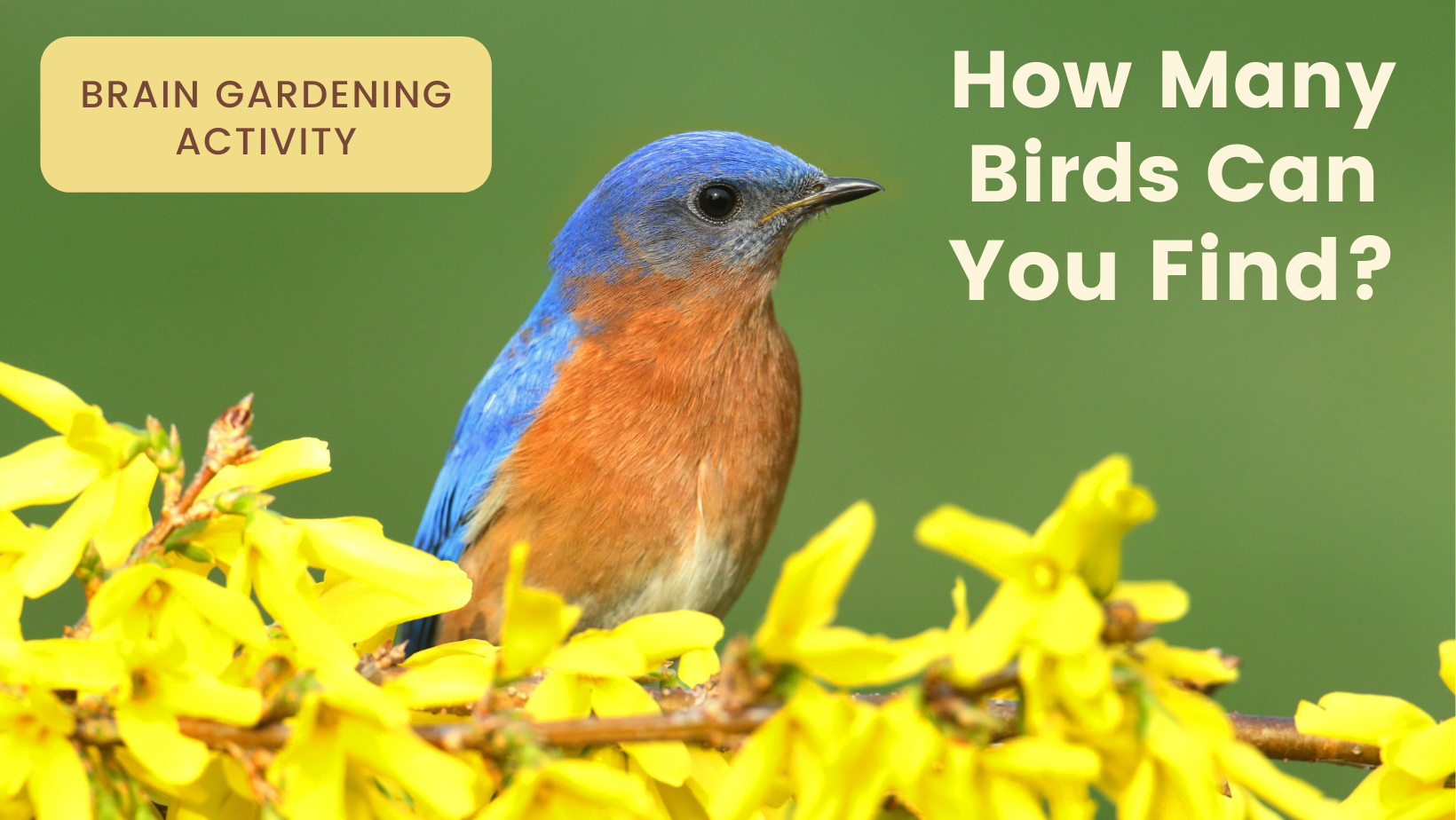 I would like to invite you to try birding as a mood-elevating (or stress-reliefing) activity by participating in the Great Backyard Bird Count. The event runs from February 12-15 and encourages bird watchers of all ages and abilities to observe the birds in their surroundings—whether in a backyard or in a park—and count them! That number can then be submitted online to researchers to provide much-valued information on bird populations and migratory patterns.

You can participate by venturing outdoors, or observing through a window. You can do it for as little as 15 minutes or longer.